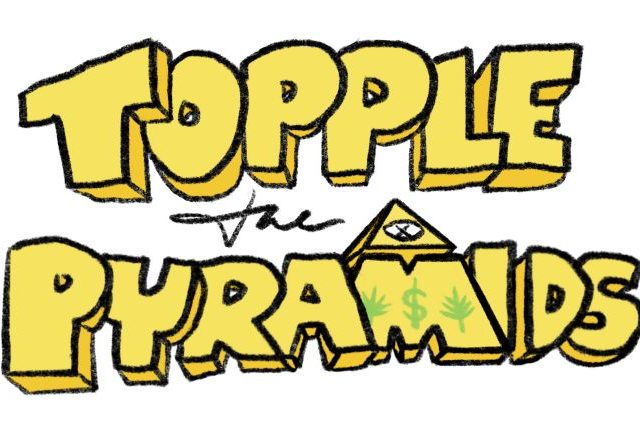 In early October of 2006, I founded Harborside Health Center in Oakland CA;
which had just received one of the first six licenses granted anywhere in the United States for
commercial cannabis activity. Like every other new licensee; I had gained my cannabis
experience and knowledge in the underground, legacy market. There was no alternative in
those days. Cannabis corporations and consultants and MSOs did not exist then.
The locally regulated medical cannabis system that we legacy operators built in California from
then until 2018 was simple and fair and efficient. It moved weed from growers to consumers
along a very short supply chain. It maximized margin for the growers, and value for the
consumers. Cultivators were able to sell their cannabis for prices that allowed them to buy the
land they were farming on, to take vacations and send their kids to college. Medical cannabis
patients got the very best lab-tested cannabis in the world at lower than ever seen prices— and
the employees at dispensaries had the best jobs of their lives, receiving fair wages and good
benefits; being treated with dignity and living with purpose and meaning.
Nobody got rich. Nobody made intergenerational wealth, but everybody was taken care of. The
system worked in its basic purpose of providing high quality cannabis at affordable prices, and
providing all of its participants with an adequate income and dignified lifestyle— so it grew,
steadily gaining more and more in-state market share from the underground market.
Everything changed on January 1, 2018. The day before, Harborside had been supplied by
over 500 small, independent cannabis farmers. The day after, we discovered that only 10 of
those growers had been able to secure state licenses. At the same time, out on the sales floor,
our prices increased by 40% because of ridiculous tax schemes enacted by all levels of
government— city, county, and state. So consumers ran out of our doors with sticker shock,
right into the arms of all the growers who had not been licensed. We immediately began to see
a drop in sales, for the first time in our history— and the same thing
happened to licensed dispensaries across the state.

The result was predictable. Today, the legal market in California is estimated at about 20% of
the overall market. The only people who buy weed in licensed dispensaries are tourists, or
people rich enough not to care about how much they pay, or so clueless they can’t figure out
how to buy untaxed cannabis at half the price from their next door neighbors—
on either side of them.

The massive regulatory overreach was complicated by the entry of big capital to California’s
cannabis market. Most of this capital came from the Canadian public markets, and sadly its
effect was more harmful than helpful. The financing largely flowed into the hands of newcomers
with mainstream business backgrounds, rather than seasoned industry veterans.

These newcomers knew a lot about obtaining licenses and running investor relations, but very
few of them knew anything about cannabis. The new corporate players set up massive
cultivation centers, developed their planting plans more according to spreadsheets than deep
experience or love of the plant, and created long and complex supply chains. For the most part,
they couldn’t tolerate counterculture values and quickly got rid of most of the people in their
companies who actually knew anything about the plant.

“Scale” was the word you kept hearing from these folks, and at first it sounded good to me.
Coming from my Harborside experience, where even with our fair prices, many patients still
could not afford to buy as much medicine as they needed, the idea of using modern agricultural
and manufacturing techniques to cut costs and boost production was attractive. How cool would
it be if our patients could actually buy all the cannabis they needed and wanted?
That was one of the major reasons I had supported Proposition 64.

Today, after five years of watching at-scale corporate cannabis at work in California and other
places, I have a different view. Almost everywhere I go, the highest quality cannabis is found in
the unlicensed legacy market, not in legal shops. It is usually less expensive, sometimes half
the cost or less than legal cannabis. Almost everywhere I go, I find that my counterculture
cannabis tribe, the people who love this plant the most, and sacrificed the most to make her
legal, have been mostly purged from legal companies, and many of them have entirely lost their
livelihoods. That’s the way it is in California, and the way it is in Massachusetts, and the way it is
in Illinois. In Canada, only 20% of cannabis produced by the Licensed Producers since 2018
has actually been sold. 80% was of such low quality that it had to be destroyed or is still
warehoused— resulting in the loss of $11 billion Canadian dollars of investors money.

Scale has driven legacy operators out of the legal market; and unleashed new versions of
Prohibition to enforce its monopoly. Independent growers have lost their companies and
livelihoods or become wage slaves in cannabis factories. Legal consumers are forced to pay
higher prices for lower quality cannabis, shareholders have lost billions of dollars of value, and a
parade of corporate cannabis executives have failed and some have even pled guilty to fraud
and money laundering charges. What a disaster. The system doesn’t really work for anybody
but the investment bankers who engineered this tragedy. But many of this group realized long
ago that the system is not working and have moved on to Psychedelics.

At its essence, scale is a pyramid— a small number of people directing the actions of a much
greater number, and funneling the value thereby created back up to the top. If we listen
carefully, we can hear the plant herself talking to us about scale. The Plant is telling us that she
does not want to live in a Pyramid; that she will not thrive in massive cultivation facilities; she will
not survive in crazy long supply chains; and a whole range of unanticipated problems will arise if
we put her in these situations. And there is another, deeper message. We have to listen
carefully to hear this one, because Mama Ganja is a plant, so she talks to us in metaphor and
symbols and poetry and aroma. If you pay close attention, you can almost hear her whisper “I
did not come to you to help you build Pyramids; I did not come to you to help you
intergenerational wealth; I came to you to help you topple Pyramids; to spread prosperity and
freedom more broadly, not to concentrate them more narrowly.”

It seems to me that almost everybody would win.

Thousands of legacy, artisan producers could get into the industry without the need for crazy
amounts of capital. They would be growing small batch, top quality cannabis, and turning it into
a wide range of artisan quality products. Consumers would still get higher quality cannabis at
lower prices, most of the middlemen costs could be substantially reduced, and risks would be
far lower for everyone. The biggest challenge in this scenario is distributing the cannabis from
these many thousands of small producers to the many millions of consumers in the modern
marketplace. But there are ways to do it, if we can get regulators and investors to stretch a bit
and embrace a rational, efficient distribution system. Imagine a cannabis artisans village that
housed 100 small producers in one geographic location. Consumers could walk from shop to
shop, selecting from dozens of different strains and products, all of the highest quality. The
same crowd would provide clientele for a range of other non-plant touching businesses:
restaurants, boutiques, head shops, music and comedy venues, maybe even hotels.
What a wonderful experience it would be.

The same thing could be done digitally. If small producers were allowed to directly fulfill retail
orders via the mail or package services like FedEx and UPS, they could all be given space in an
online marketplace, where consumers could place orders directly with them. It would be kind of
like an Etsy for weed. This type of broadly distributed cultivation of cannabis would solve all or
most of the problems we are facing with scale. High quality cannabis would replace low quality
cannabis and prices would drop, so consumers would be attracted back to the legal market.
Legacy producers would flock to the legal opportunity, reducing the supply of unregulated
cannabis. Tax revenue would expand along with the growing legal market, and more people
would be able to become entrepreneurs instead of employees. Scaled-up cannabis companies
would be freed from the thankless and impossible task of producing high quality cannabis in
massive facilities. They could stop disappointing their investors and focus instead on an
achievable goal: providing the financing, infrastructure and marketing capacity that small
producers will need to succeed. If we were able to make that kind of mutually beneficial reset;
with each part of the industry focusing on what it does best; with all of us taking into account the
natural inclinations of the plant, without trying to force her into a pyramid she does not want to
live in, then together we can position the industry for real, steady organic growth.

We don’t have to accept the status quo. We can move away from the boom and bust cycle that
has been so destructive for so many companies and so many markets, and restore the
excitement and optimism that we saw in the early days of legal cannabis. The brightest of
futures is still possible if we have the courage to think outside the Pyramid.